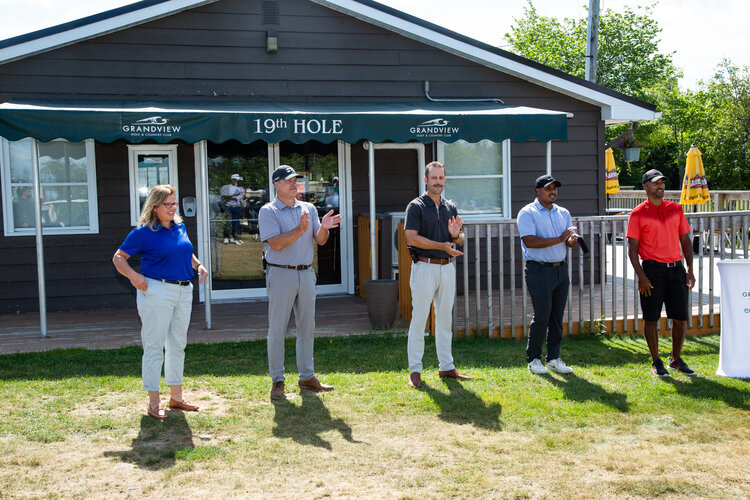 “To have this tournament at Grandview just … it makes sense,” Ash told CBC’s Mainstreet.

Ash said his father introduced him to golf when he was young but he didn’t immediately take to the sport.

“I was more focused on other sports such as basketball and hockey.”

But in adulthood, golf sparked a new interest for Ash. This June, he was supposed to be starting the first job of his legal career — he recently graduated from law school — but it was postponed to September because of COVID-19.

Equipped with second-hand clubs, he said he’s been on the golf course instead.

“I’ve had quite a bit of time on my hands to, you know, get the rounds in.”

Ash said he loves the social component of the game, and he said he’s met many people he wouldn’t have met otherwise.

Ash said he and Colley had the goal of creating similar opportunities for other Black Nova Scotians with the tournament.

Colley also came to appreciate the sport slowly. He said he was introduced by his father-in-law about three years ago.

But he gave it a chance and found some of the same merits as Ash.

“Being able to build relationships from it, and just being outside and you’re enjoying nature … I just love it now,” Colley said, also in an interview with CBC’s Mainstreet.

The tournament had room for 12 pairs who were joined by an experienced golfer and someone new to the sport.

Ash said he hopes to make the tournament an annual event and a fundraiser to keep golf mentorship in the Black community going. 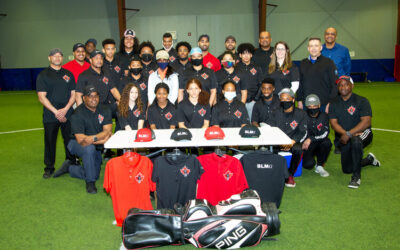 “Duan Ash to join the NSGA Board of Directors”

Duan Ash BLMG committee member, Duan Ash, has been appointed to the NSGA Board of Directors.